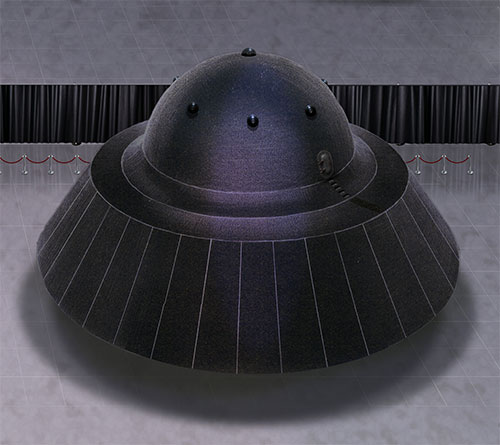 
A film by
‍
Dr. Steven Greer
‍
‍
who brought you
‍
"The Cosmic Hoax"
An Exposé
‍
"Close Encounters of the Fifth Kind"
Contact Has Begun
‍
"Unacknowledged"
An Exposé of the World's Greatest Secret

THE MOST IMPORTANT and HISTORY MAKING documentary of all time!

Against all odds, our crowdfunded documentaries "Unacknowledged" and "Close Encounters of the Fifth Kind" have reached hundreds of millions of people, transforming policy, culture and countless hearts. This was only possible with the generous support of you, our donors, and today we appeal to you again for your support of our new film The Lost Century — AND HOW TO RECLAIM IT!

What is the Lost Century?

A hundred years of illegal UFO secrecy has cost humanity a century of spiritual, cultural and technological development. This documentary exposes the cost of the coverup to the planet and the human race, and how we can reclaim control of our collective destiny.

Climate change, biosphere collapse, poverty, hunger, pandemics, energy shortages, religious and political tribalism and endless wars for natural resources have us teetering on the edge of extinction. What if all of these devastations were completely avoidable all along? What if through collective action, we can reclaim this lost century within the next 20 years?

Featured in the film will be actual free energy/zero point technologies that have existed for over a hundred years AND brand new ones that Dr. Greer's team have investigated — and TESTED as real!

From the creator of "Unacknowledged" and "Close Encounters of the Fifth Kind", The Lost Century tells the most urgent and explosive story of all: how a hundred years of illegal UFO and "free energy" cover-ups have robbed humanity of vital technologies and spiritual knowledge that could save the planet and elevate us into a space-faring civilization. These include:

The film will unveil jaw-dropping evidence from the world’s most extensive top secret archives that spans a century of secrecy and visualize a stunning future in which all of humanity’s suppressed potential has been fully realized.

We will summarize these technologies — and EXPOSE exactly HOW they have been confiscated and suppressed — and WHY. We will also unveil the only strategy that can successfully break the gridlock of secrecy and give humanity and the earth a new world. Finally, through motion graphics, we will explain and show you what the world will look like in 20 years, 50 years, a hundred years — and beyond!

Click on any number below to donate by credit card or PayPal.
Become a supporter today!
Donations are NOT tax deductable.

To donate by check
Make checks payable to:

Include your email address so we can credit your gift account.

To donate by wire transfer

Include your email address so we can credit your gift account.

To donate by
Venmo or Zelle

PLEASE NOTE:
Venmo and Zelle donations will count towards crowdfunding but will NOT qualify for incentive gifts.

When will the film be released?

How will my money be used?

Production, distribution, and marketing of the film.

Yes — your gift level is always based on your total donations.

How do I get the gifts from my donations?

Register for a gift account by clicking on "My Gifts" in the site menu.

Use the same email address for your gift account that you used for your donation.

Donations to "The Lost Century" are NOT tax deductible.